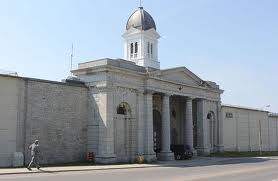 The online headline for the Public Safety Canada website on April 19, 2012; “Harper Government Announces the Closure of Two Federal Prisons” was made without much fan fair and caused very little media attention nationwide.  Two Conservative politicians made the announcement jointly, Senator Jean-Guy Dagenais and Vic Toews, Minister of Public Safety.  The official version of the online announcement was apparently written and managed the Media Relations Department of Public Safety Canada.

The announcement itself is confusing and noticeably vague.  What also caught our attention were the glaring inconsistencies between what Toews and Dagenais are quoted as saying in the official announcement and what was quoted on other media websites. Moreover, after reading the official announcement we were left with several questions which we submitted to the Correctional Service of Canada (CSC) on April 22, 2012.  Melissa Hart, Senior Media Relations Advisor (CSC) originally responded to our request for additional information on April 23, 2012 in a positive and responsive manner stating in her email to us that she would diligently work on getting the responses to our questions.  One day later, we received a totally different response from Suzanne Leclerc, also a Senior Media Relations Advisor.  Ms. Leclerc pretty much avoided our specific questions while providing us non-answer answers.   See if you agree.

The Government announced that it was closing Kingston Penitentiary, including the Regional Treatment Centre (RTC) in Kingston, Ontario and Leclerc Institution in Laval, Quebec.  Is there some connection between Leclerc, the Senior Media Relations Advisor and the name of the correctional facility that is scheduled to close?  We’ll add that to our list of questions.  Kingston can accommodate up to 421 inmates, the RTC 143 inmates, and Leclerc 481 inmates.  The CSC, Toews and Dagenasis all tout that the decision to close these facilities is a function of improving efficiencies, increasing public safety, and saving us taxpayers 120 million per year!  The announcement also teased us with the statement that the closures will result in a reduction of positions in Ontario and Quebec.

Before we get to the questions we submitted to the CSC, let’s outline a couple of statements in the news release itself that caught our attention.  Toews said that“[o]ur (apparently referring to the Harper Government) tough new laws to tackle crime are starting to end the revolving door of justice by keeping dangerous criminals behind bars longer.” Our first thought was that if dangerous criminals are staying behind bars longer how can the government come to a decision to close two prisons?  Toews went on to offer his supporting logic, “[m]ore importantly, our efforts have not resulted in a significant increase in the number of federal prisoners, which is why we are announcing the closure of two federal prisons.” Uh?  There is an increase of federal prisoners, but not significant so therefore we can close two prisons?  Someone please clarify these governmental explanations to us.  Dagenais stated that the government has no intention of building a single new prison from one side of his mouth while comforting us with his assurance that the (Conservative Party) efforts to make our communities safer are geared towards keeping dangerous criminals off our streets and behind bars from the other side of his mouth.  The thought crossed our mind that if the government is closing two prisons and will keep dangerous criminals in prison longer, it must intend to double up and crowd more prisoners in other facilities.  If that is the case, is this what the government means when it sites increased efficiencies contributing to the 120 million per year in savings?  We decided to start with a few questions and planned on following up with more after we received answers to the first.  Our initial questions:

These facilities are aging and the infrastructure is not appropriate to manage a complex offender population.   Outdated penitentiaries can undermine CSC’s efforts to maintain public safety.   As a result, CSC will achieve ongoing savings of approximately $120 million dollars by 2014-2015.  These initiatives will result in approximately 1000 full-time employees within Ontario and Quebec being affected.  However, as CSC is presently expanding operations at other institutions nearby, the majority of affected staff will be redeployed other facilities. Support will be provided to any affected employees to assist them in finding suitable employment.In terms of information about positions that may be impacted, it would be inappropriate to comment until affected employees have been notified.

As you can see, the additional information obtained from Ms. Leclerc was that 1000 employees are affected in one manner or another and that the facilities being closed are outdated.  Now we have more, but a couple of the follow up questions we intended to ask were:

1.  How was the 120 million per year in savings calculated?  2)  How many actual inmates are in each facility?

According to the Star.com, 956 inmates will be moved to other facilities 400 of which are from Kingston, the maximum security prison.  In the same article, Toews is quoted as saying that there is a 2700 bed prison expansion project underway.  Juxtapose that to Dagenais’ boasting in the announcement that “we have no intention of building a single new prison.”  Atypical political splitting of hairs to the public.  So, as far as the 120 million per year in savings, is that calculated after the cost of the 2700 bed expansion or does it ignore those expenses?  We are not told.  Does the CSC manage other maximum and medium security prisons with “enough” vacancies to properly absorb the 956 inmates coming from the closed prisons?  We are not told.  According to the Star.com article, about 1200 employees are impacted.  How many employees are being layed-off?  We are not told.  Of those employees being layed-off, how many have an indirect or direct impact on public safety?  We are not told.  How might the government’s laying off an unstated number of employees, closing prisons, while keeping dangerous criminals in prison longer, not building any new prisons while expanding other facilities by 2700 beds, transferring 950 prisoners to other facilities, while not expecting any significant increase in the number of overall prisoners, all result in a net savings of 120 million per year in savings and an increase in community safety?  We are not told, yet.  It may take a Freedom of Information Request to get real answers to the matrix.