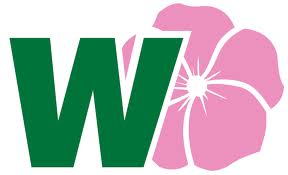 There is an important election being held on April 23, 2012 in Alberta.  The outcome could have a profound effect on the lives of Albertans, and some Americans as well. We dare to suggest the effects will be positive if the underdog wins.  The election heat is between the Progressive Conservative (PC) party and the Wildrose party–a relatively new political party gaining substantial strength with Albertans.  The PC party has maintained a strong control of provincial politics for more than 40 years.  The Wildrose political party is labeled by liberal Canadians as a “right-wing” conservative party and is clearly in the cross-hairs of its opponents, i.e., the Liberals, PC, and the NDP.

The leader of Wildrose is Danielle Smith, a rising populist political star that might soon become the new Premier of Alberta.  Canadian media poses the question, is Danielle Smith a Canadian version of Sarah Palin? Danielle Smith is not a Sarah Palin although there are some positive similarities.  A more accurate political picture of Danielle Smith is to perhaps see her as a mixture of Ron Paul and Sarah Palin.  Coming out of the Wildrose party convention as its leader in the fall of 2009, Smith described herself as a “fiscal conservative and social libertarian.” That translates into her strong message and convictions for smaller, more accountable and transparent government, coupled with personal freedom.

The fuss is that in three short years after herself defecting from the PC party, Danielle Smith and the Wildrose party is a serious threat to the PC establishment.  Danielle Smith, and other key members of the party ultimately defected because in 2009 the PC leadership moved the party “sharply to the side of progressivism and bigger government.”  Smith has brought the party from being a real long shot to a shot getting shorter by the moment.  A few of the key components of the Wildrose platform include:  1) Action to reform the provincial health-care system–a system accused of favouritism, and doctor intimidation a/k/a corrupt and with excessive consumer wait times; 2) Reduction of politician salaries by 30%; 3) More accountability and governmental transparency; 4) No increases in existing taxes and no new taxes; 5) A balanced-budget; 6) The right of citizens to recall politicians; and 7) Establishment of date certain elections.  Smith openly recognizes the economic power that Alberta has in being a major source of energy (can you say oil sands) but intimates that its leverage is not being properly used to the benefit of Albertans.  There is no question that Smith has unqualified support for the development and export of oil from Alberta.

Here’s a sample of the existing Wildrose advertising campaign.

If the Wildrose party makes major inroads to the PC’s dominance of provincial control and Danielle Smith becomes Premier of Alberta, it can all be compared on a smaller scale to the predictable rise of the TeaParty in 2010 in the U.S.   There is no doubt that a Premier Smith and the Wildrose Party will have a major say in where Alberta oil is exported, and how long the Albertan government will wait for U.S. approval of the Keystone XL pipeline before it sells its oil to China or others.

One thought on “Wildrose Smith – A Mixture of Palin and Paul?”