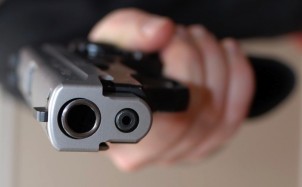 The H.R. 822 passed however, with that said, it does not mean the Bill will become law anytime soon.  During the last few months, the House of Representatives has passed numerous pieces of legislation that were subsequently sent to the Senate, only to lay in the corner like a dirty old rag.  This piece of legislation will allow persons issued gun “carry” permits in their home state to travel to other states and enjoy the same 2nd Amendment right.   The legislation is quite simple.  If you have a permit to carry a concealed weapon in Colorado, you can carry the concealed weapon in Kansas.

Here’s a summary of the legislation that passed 272 to 154 with 7 members not voting.

National Right-to-Carry Reciprocity Act of 2011 – Amends the federal criminal code to authorize a person who is carrying a government-issued photographic identification document and a valid permit to carry a concealed firearm in one state, and who is not prohibited from possessing, transporting, shipping, or receiving a firearm under federal law, to carry a concealed handgun (other than a machinegun or destructive device) in another state in accordance with the restrictions of that state.

Why would anyone object to that?  It is extremely interesting to actually look at how the vote shook out.  The voting details are quite revealing.  Click here to see how your Representative voted.

Although the law is quite clear and simple in text and meaning, there are some out there that are confused by the simplicity.  Some people have argued that the Bill should be modified for reasons that are not clear to us.  For example, a blogger argued that it would act as a penalty on the citizens of Vermont.  In Vermont, residents and non-residents are permitted to carry concealed weapons without a written “license or permit.”  There are a couple of other states that have similar, if not same, laws.  One blogger argues that in order for Vermont residents to enjoy the “reciprocity” that HR 822 promulgates, it would have to move to a “permit” system.  He argues that because Vermont residents are not required to have a written governmental issued permit in order to carry a concealed weapon in Vermont, they would not be able to have the reciprocal right in Colorado.  Therefore, the blogger advocates that HR 822 should not have been supported.  What makes us crazy with that kind of logic is this.  Currently, Vermont residents can not carry a concealed weapon into another state that requires a permit for its residents to lawfully carry a concealed weapon.  So, what would be different for Vermont residents under the provisions of HR 822–nothing.

There is only about one year remaining in the 112 Congress.  That means the U.S. Senate has a year to act upon the National Right-to-Carry Reciprocity Act of 2011 otherwise it will die and have to be reintroduced in the 113th Congress.  One year sounds like a long time but nothing happens quickly in Congress.  For example, H.R. 822 was introduced as proposed piece of legislation in February.  This is November folks.  It has taken a Republican controlled House of Representatives more than 8 months to bring this Bill to a vote.  If the subject Act has any chance of becoming law, or at least being sent to Obama’s desk for signature, the Senate must be pressured to act on it before the end of the session.  One of many excellent websites that provides you a list of U.S. Senators and how to contact them is OpenCongress.org.  Take a few moments and contact your Senator and urge them to take action on this legislation this year.