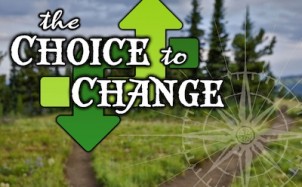 We are three years in to more (imposed) change than choice.

More than a year ago, the following was written by someone close to us.  The article is posted here in its entirety with the addition of our current straight comment highlighted.

Today is Veterans Day.  It should be called Veterans’ Day.  As a veteran myself, I find myself considering the question in this manner.  Have all the men and woman who have died or been wounded in recent years while protecting, and/or “defending” our country suffered or died for change, or for choice.  I also think of the border patrol personnel who have suffered or died in recent years while protecting and defending our country and its way of life.  Did they suffer or die for change, or for choice?

If you were asked which of the above you would like for your political leaders to promise you, what would your answer be?  Mine would be Choice.  With choice I can determine my own changes.  With imposed change my choices have been taken away from me. With imposed change I have just lost my freedom, my individuality, and even my identity is in danger.  My thinking seems to be in line with God’s thinking on this matter as well.  He thought that a person, a family, a tribe, a nation would be better served if people had free-will choice.

The first paragraph sets forth the epic dichotomy between the Republican and Democratic parties.  The democrats as a whole are for imposing change.  The republican party as a whole is, or at least should be, for choice but are often not so much.  A person truly advocating choice is more likely to be a Libertarian.  Is it not also equally accurate to consider an advocate for “change” more akin to a Socialist?

There is some danger in giving choice to individuals and to groups, but it is also the only way that full potential can be developed.  Certainly we can make the wrong choices, but that doesn’t mean that’s always bad.  There are things that can be learned and gained from both wrong and right choices.  With choice there is also check and balance from others.

The paragraph above speaks for itself and is pretty much timeless.

There is certainly danger in imposed change.  Some questions which arise with imposed change are: “Who is qualified to pronounce and decide change?”  “How is the consensus for change, and what it is, determined?”  “What are the consequences or penalties of rejecting the imposed change?”

Is the executive in the White House qualified to impose change?  What is the Constitutional argument that says yes, he can do whatever he thinks we need or deserve? Where is the language in the Constitution that empowers our President to infect the citizenry with imposed viral change in virtually every aspect of our daily lives?  Every issuance of an Executive Order represents an imposed change on us however, the Constitution is replete with any authority beyond the Oath to faithfully execute (looks pretty close to the word, “executive” doesn’t it?) the laws of the land and serve as Commander in Chief.  No where in the Constitution do we find any language to support a ludicrous argument that the President is the Commander in Change.   A couple of examples of penalties and consequences of having an executive with the power to impose change are: 1) the very recent decision of Obama to make no decision on whether the pipeline from Alberta, Canada to Texas should move forward, or not; 2) the very recent decision by Obama to modify the legal contract between the government and students with respect to the repayment of student loans.

How did it come to pass that Obama can control whether or not we will import oil from Canada through a pipeline to Texas (not to mention all the jobs that will be created as a result of the construction and operation of the pipeline and the other obvious attendant benefits of less reliance on middle eastern oil imports)?  Why is it his decision?  We’ve heard Obama referred to as the grand Wizard of Change.

If the government was inclined to modify the repayment terms of student loan contracts, shouldn’t that been a Congressional decision?  After all, which branch of government is supposed to control the purse strings?

Before going any further may I say that some may object to my use of imposed change rather than just the word change on it’s own.  Change is inevitable.  When someone promises me change I become suspicious of what they mean by that.  I don’t need someone to promise me change:  Change is going to happen whether or not someone promises me change, so why do I need that?  What I want someone to promise me is that I will have a choice.

There is no legitimate criticism of the use of the phrase “imposed change” here.  If anyone can indeed promise change with a scintilla of specificity it must be necessarily imposed.  Change is indeed random (in the sense that humankind is in control).  Choice is actually imposed, so to speak.  We prefer choice being imposed upon us as opposed to imposed change. Being given choice is a result of some entity’s imposition, is it not?

Change isn’t benevolent if it means I can no longer determine my own health care coverage, or what I believe is moral or immoral, or what religions I must accept or not accept (or whether I want to accept any religion), or whether I want my nation to remain autonomous or become part of a one-world-order.  With my freedom to choose intact there is the potential to change both my personal life and perhaps the life of the larger community.  I can continue to think outside of the box, color outside of the lines if that’s the way I want my page to look.  Each of us can retain our individual thoughts, hopes, dreams and goals within choice.  Imposed change can bring about the insistence that all think alike, all have the same goal, and that individual thoughts and actions be controlled by the mysterious ones who have externally determined what “Change” looks like.  If anyone else determines change for me, then I’ve lost my power of choice.

For all the American citizens that applause the governmental change that has been imposed on us during the course of the last three years, the obvious retort is this.  Beware the imposed change you applaud today is the change you will curse tomorrow.

One of the founding fathers of our nation, Patrick Henry, said, “Give me liberty or give me death.”  How close is choice linked to liberty?  How willing are we to stand up for, fight for, the freedom of choice?  Let me know.

Do we ask our young women and men to serve in the Armed Forces to protect and defend an executive’s self-granted authority to impose a wizardry of change upon us?