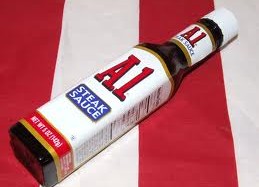 Anyone who has listened to the news surrounding the Republican Presidential candidates and the debates is aware of the several attacks on Rick Perry for his support of in-state tuition prices for the children of illegal residents.  We are all equally aware of Perry’s inability to respond with a reasonable and articulate response to the criticism.  Of course the loudest criticism has primarily come from two other candidates, Santorum and Bachman.

Tonight is the CNN Republican debate in Las Vegas.  No doubt, Santorum or Bachman will try to make this “in-state tuition rate” a red meat issue again tonight.  If so, I hope Perry is ready with his A-1 steak sauce!

I do admit, I was quite surprised and disappointed with Perry’s performance in the political entertainment world of the Republican debates.  As Bachman and Santorum hammered Perry for his liberal position of “subsidizing” the education of illegal immigrants, I kept shouting at the television screen exhorting Perry to respond and all he could come up with was a judgmental response that they (Bachman and Santorum) don’t have a heart.  The one statement that Santorum and Bachman seemed to agree on which really got me going was “providing these children with in-state tuition rates served as a magnet attracting more illegal immigration.” Here, I am providing a couple-three logical, and reasonable arguments for Perry to adopt.  Below is an example of the response I believe Perry should have made (speaking in his first person).

With all due respect to Rick (Santorum) and Michelle (Bachman), let’s first take a look at the real issue and not the hyperbole.  What is in-state tuition.  It is simply a fixed price for the cost of a year’s collegiate education for residences of the State of Texas.  What is out-of-state tuition.  It is simply an arbitrary inflated price the universities have decided to charge students who live in one of the other 49 several states.  The out-of-state tuition rates in every state simply serve as a barrier to entry for out-of-state students.  These out-of-state students are allowed to attend a Texas university if they care to pay the higher price.  My colleges Santorum and Bachman are okay with the notion that children of illegal immigrants can attend a Texas university so long as they pay a higher price than the children of legal immigrants or lawful citizens.  If they are unwilling to pay the higher price or otherwise can not afford the higher price then too bad, so very sad.   The fact that children of illegal residents are deprived of the opportunity to obtain a college education on the same price basis as the children of legal residents concerns them not.  Of course neither Santorum or Bachman have to concern themselves with the effects of having a significant number of Texas residences not obtaining the benefits of a higher education.

Bachman and Santorum are making the argument that every resident of the State of Texas that pays in-state tuition rates is being subsidized by the state government.  Really?  This argument attempts to simply support itself by pointing to itself.  From their perspective, the amount of the alleged taxpayer subsidy must therefore be the cost difference in tuition between out-of-state rates and the in-state rate.  Where is the proof that this is in fact a government subsidy, or the amount is correct?

Rick, Michelle, what really concerns me here is that you would distinguish between children born in Texas from illegal immigrants versus the children of illegal immigrants that did not perhaps make it across the border prior to their mother going into labor.  Your argument is that it is okay for us to support in-state tuition rates for the birth right residents but not for the other.  A child who was brought to Texas, say at age of one who has lived in Texas for 17 years and graduated from high school in Texas may attend a Texas university only if such child is willing to pay the higher inflated out-of-state tuition rates otherwise, suffer the consequences of not having a higher education.  If you’re against taxpayer subsidies of any kind for the benefit of the children of illegal immigrants, then what you are really saying is that there shall be no public education at any grade level whatsoever available to any child in the state of Texas not born in the United States.

What it really sounds like to me Rick and Michelle is that its all about the money–not the ridiculous argument that “in-state” tuition rates operate as a magnet to attract illegal immigration.  It is disengenuous and far-fetched to believe that there are thousands of parents in Mexico plotting to enter the United States as illegal immigrants so that their already born young children might someday be able to attend some university in one of the several states at “in-state” tuition rates.  Even coming from politicians, the assertion is absurd.

So, knowing that my opponents are attempting to make Texas look like its wasting tax dollars thus about money, I will respond this way.  Even if there were a governmental cost in providing these students in-state tuition rates, it certainly cannot be disputed that the cost is far less than having uneducated students, moreover, once educated there is a far greater return on the alleged investment than not investing in at all.