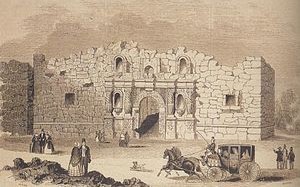 We have three words for Bachman, Santorum and Cain; the three amigos.

Bachman, Santorum and Cain have hammered Governor Rick Perry at the GOP debates for his unwillingness to strongly state that if elected president, he would build a wall or fence along the entire Mexican border.  These three amigos have attacked Perry and have labeled him as not strong enough on immigration.  Bachman, Santorum, and Cain have all repeatedly stated that they would build the wall or fence and therefore, insinuate that is the preeminent manner by which to “secure the border.”  There is much entertainment in today’s political theatre.  Their positions on securing the border can be found at these links: Bachman, Santorum, and Cain.

We find it interesting and somewhat amusing that each of the three amigos deem themselves to be experts on how to make the border with Mexico secure yet, none of them have any experience in dealing with the problem.  Perry has dealt with the illegal entry issue for the ten years he has been Governor of Texas, which by the way, has the longest border with Mexico than any of the other three border states.

There are many responses for Perry to make in response to the charge that he is too liberal on this issue and he has put forth a few.  However, we believe that the strongest response for Perry to state to the three amigos is simply this.  Remember the Alamo!

The seize of the Alamo by the Mexican Army, led by General Santa Anna is a perfect example of how not to rely on a wall or fence to “secure the border” with Mexico.  We got news for the three amigos.   The Alamo had tall walls around it and it certainly didn’t stop the onslaught of Santa Anna’s soldiers from getting over the walls and into the Alamo.   Hey amigos, the Mexicans know how to build ladders!  Not only can they build ladders, we’re certain they can haul those ladders a fair distance to the border fence that you believe will actually secure the border!  See image to the left.  The Mexican army attacking the Alamo used 25 ladders to get over those tall Alamo walls.

So at the next GOP candidate debate when the three amigos attack Perry again with the border fence issue, we’re going to advise Governor Perry to simply say, Hey guys, Remember the Alamo!  Assuming they know anything about the history of the Alamo, that should shut them up while Perry gets his point across.  Securing the border is more complicated than just building a fence along the entire Mexican border.  Those amigos have ladders.