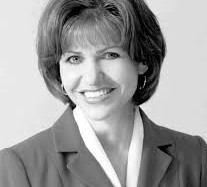 By  Roland
Elections  ·   House of Representatives

To deem any adjournment of the House of Representatives which is in effect on the date of the regularly scheduled general election for Federal office held during a Congress to be adjournment sine die;

If passed as written, the law would require the House of Representatives, if already adjourned on the day of a national election, to remain adjourned without any date of re-adjournment specified.  The idea is that the House is a lame duck session following an election therefore, if it is adjourned on the date of the election it shall remain adjourned and not conduct any lame duck activity.  There is also provision in the Bill that deals with a continuation of existing appropriations if an appropriations bill for a new fiscal year has not been pasted prior to the election.
We articulated the history and purpose of the 20th Amendment as to the lame duck sessions in our November 8, 2010 post.  In that post, we offered other solutions as well.  Following our Shoot the Lame Duck post, we received Representative Jenkins’ newsletter in which she opined that the lame duck session has been a “terrible abuse of the system,” by both political parties.
What happened next is not a surprise to anyone.  After the Bill was introduced, it was referred to the two committees concerned with the content; “referred to the Committee on Appropriations, and in addition to the Committee on Rules, for a period to be subsequently determined by the Speaker, . . .” (emphasis added).  In other words, nothing happened to the Bill.  It just sat in the two committees controlled by the democrats.   There is no doubt had Nancy Pelosi, the Speaker of the House at the time, wanted to move the Bill out of committee and to be voted into law, she could have made that happen.  Bringing the End the Lame Act to the floor for a vote would have brought the Bill into the limelight and perhaps to the attention of the media.  Obviously, there would have been an obvious lack of congruency between having a vote to end the lame duck sessions and then upcoming intended further abuse of the lame duck session.  Hypothecate that had the Bill been passed into law immediately following its introduction, there would have been major transparency prior to the 2010 election to wit: the “unintended consequences” include by not limited to:
Imagine the American voters knowing how members of Congress actually voted on all the issues prior to the 2010 election.  Instead, various important issues were delayed, hidden–put on the back burner until after the election for the explicit purpose of not revealing how members would vote.  All voters should demand that these deceptive tactics be stopped!  Voters can make a difference by clicking on the following link to find out who their representatives are and simply writing or calling their congressional representatives and urge them to pass the End the Lame Duck Act.
We are hard pressed to understand why anyone would be against the Bill, but there is opposition nevertheless.
You Might Like