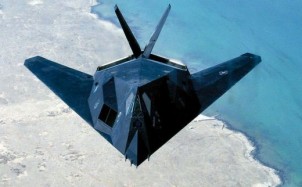 Next month, in the State of the Union message, Obama will give the American voters the impression that he is out front on this bad deficit spending and is leading the charge for reduction of spending.  Republicans can not argue that they voted against more deceptive deficit spending because, they just agreed to it in caving in to Obama’s newest stealth stimulus–the Obama tax compromise.

For more than two years all we heard from Obama extending the Bush tax cuts would add billions to the deficit.  We continue to observe and report the ongoing dishonest and deceptive tactics used by our elected officials.  It is uncanny how more members of the teaparty movement and the independent voters of the country did not rise up in major opposition to the terms of the Obama tax compromise.  Were the American people outraged when Clinton and Obama were on the stage together stumping for the deal and finally admitted that “extending the Bush tax cuts would create jobs”? We were, but not sure about many others, save Mitt Romney:

Given the unambiguous message that the American people sent to Washington in November, it is difficult to understand how our political leaders could have reached such a disappointing agreement.

The absolute fact of the matter is this.  Many lame duck Republicans did not get the election 2010 message!  Ah, we think the message may have been “cut spending, reduce the deficit, shrink the Goliath government, eliminate the hundreds of regulatory commissions!” Do any of those sound familiar?  Again, when Obama overtly turned to Bill Clinton to sell the compromise to the democrats and the independents, we were stunned that he would share the stage to pander to his base.  Was it fear motivated, or simply brilliant?  Probably some of both.  However, we agree with the objective observations made in the United Kingdom:

The unnatural sight of Messrs Clinton and Obama defending the Bush tax cuts should have warned Americans that something untoward was afoot. Piotr Brzezinski

an unprecedented and massive payroll tax cut for the middle class, a college tuition tax break, a major extension in unemployment benefits, a handful of badly needed business provisions, and nearly a trillion dollars in new stimulus spending in the form of tax breaks. 1 Jonathan Cowan

Instead of holding to the message of the 2010 mid-term elections, Republicans and Democrats came together again for an additional 1 Trillion spending package!  Of course, Obama, and all of our elected members of Congress continue to talk about how “we must reduce spending and do something about the deficit spending next year!”
Update!

In reference to the Republicans caving for the tax compromise there was one lone Republican who opposed and voted against.  Senator Jerry Moran (R-KS).  As reported by Topeka Capital Journal online edition:

U.S. Rep. Jerry Moran derided on Friday the deficit-compounding $858 billion tax package approved by Congress with support of fellow Kansas Republican Reps. Lynn Jenkins and Todd Tiahrt, who claimed opponents of the bill were “playing chicken” with the economy.