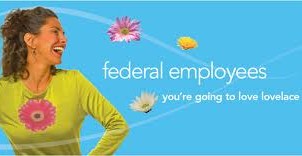 In late November, Obama proposed a two year freeze on federal employees pay (not to include military or federal court employees). Obama’s political rhetoric was: “The hard truth is that getting this deficit under control is going to require broad sacrifice,” he said. “And that sacrifice must be shared by the employees of the federal government.” Sounds good if you believe as we do that federal spending must be curtailed drastically and immediately. However, what has never gotten the open publicity is the fact that Congress has to approve the proposal. Why would the fact that his proposal needed Congressional approval not been stated by Obama in the first place.   Not announcing this fact deceives the American people.  Stark evidence of that fact is that media outlets such as Fox news have reported that “Obama has frozen federal employee wages,” as if it was a done deal. We have not heard any of the mainstream media report the necessity of Congressional action for Obama’s proposal to actually become a done deal. Earlier we wrote about the fact that the proposal did not include federal court employees and indeed on November 29th, sent Obama a tweet asking him why.  Today, the Washington Post reported that Obama’s proposal as written passed in a House of Representatives vote last night. Obviously, the proposal must now be passed by the Senate as well.

We can not criticize any freeze on spending, especially given the fact that the number of federal employees has already exploded in Obama’s term however, more deception continues.   The omission of open and public disclosure of the fact that in the fine print of Obama’s proposal to freeze the pay of federal employees only applies to “cost of living” increases that might otherwise gone in effect.   There are automatic step increases in pay for these 1.3 million workers that will NOT be affected by Obama’s political overture.   In an article posted at Federaltimes.com, the leader of the American Federation of Government Employees, John Gage, called Obama’s plan “wrongheaded” and driven by politics. Gage also said, “This proposal to freeze federal pay is a superficial, panicked reaction to the deficit commission report, This is no time for scapegoating.”   We agree that Obama’s proposal is superficial and but another example of his smoke and mirrors public service rhetoric.  Regardless of the fact that the freeze does allegedly represent a savings in government spending, it is important to realize that the proposal is but another example of “all the facts” not being openly and honestly shared with the American public.  What the American public needs is a major reduction in the number of federal employees, a reduction in health care benefits and a reduction in federal retirement payments.  Shouldn’t federal employees pay and benefits be brought more in line to that which average Americans earn and receive?

What is most disappointing is that neither house in Congress has attempted to date to amend Obama’s proposal to include federal court employees OR further to include federal legislative employees.  Fat chance that would happen in this lame duck session.  Nevertheless, the proposal should be passed and then when the new Congress is sworn in, the law should be amended to include the step increases of pay currently scheduled to happen, and include the other groups of federal employees not covered by the Obama proposal i.e., federal court employees and federal legislative employees.