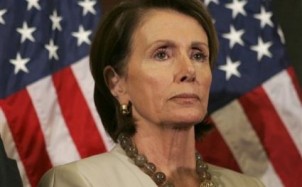 What is disturbing to us and a lot of teaparty advocates is that the Senate minority leadership actually agreed to liberal conditions, i.e., more deficit spending, as quid pro quo for Obama’s agreement to “extend the Bush tax cuts.”  Where is the Senate’s commitment to cut deficit spending, balance the budget and reduce the debt?  Absence without leave is the answer.   Moreover, it is absolutely shameful is that the House of Representatives has taken the weekend off and will not be in session until Tuesday!  Where, how, and when did the Senate get the idea that the American people want a third year extension of unemployment benefits, a resurgence of the death tax, and more Obama stimulus spending?  The new Congress does not need Obama to approve the extension of the Bush tax cuts.  The minority Republicans (not necessarily all conservatives) should simply reject everything other than the unqualified extension of the Bush tax cuts for everyone.  If the Lame Duck Congress will not agree then, the new Congress can pass the applicable law and send it to Obama’s desk for either his signature or veto.  Does anyone really believe Obama would veto the bill?  We join Senator DeMitt in his rejection of the “deal” struck between the RINO Senate leadership and Obama.  Under the guise of “nobody wants to see the taxes for everyone go up on January 1st,” our supposed conservatives in the Senate are caving in to Obama in a manner in which contravenes everything the 2010 election results screamed!

The Congress’ attempt to make a deal on the Bush tax cuts which creates more taxes, and unfunded spending for a third year of unemployment benefits is yet but another example of why the Lame Duck concept is antiquated, dangerous, and not representative of what the majority of the American people actually want.  Good for Senator Sanders for starting his filibuster today!  Regardless of his extreme liberal position that we could never agree with, we are pleased that the filibuster is going on to stop a vote on the Senate’s approval for the lame deal that has been struck between Obama and the Senate minority leadership.  Good for the Democratic caucus that refused to allow the tax cut compromise to come to a House vote!  Again, strange bed-fellows that we are, but there are many reasons why we do not want Obama’s “tax compromise” to be approved and made the law of the land before the new Congress comes into office.  At the very least, we the American taxpayers/voters will see who the real conservatives are come January 2011.  We will see who are the real conservatives and who are not—i.e., the wolves in sheep’s clothing (RINO).  The best thing that can happen for a current disclosure of who is real and who is not, is for the tax compromise to fail!  Analogous to what former Senator Alan Simpson said of the upcoming battle over the Congressional vote for or against raising the federal debt limit, the same applies as to whom the real conservatives are with respect to accepting or rejecting the outrageous tax compromise agreed to by our lame duck Senators.

This is going to be beautiful politics: the brutal kind. I love those.  The debt limit, when it comes, in April or May, will prove who’s a hero and who’s a jerk and who’s a charlatan,. . . Oh, I can’t wait.  It’ll be something. I’ll be watching … from our witness protection program. Simpson referring to the upcoming battle in early 2011 over the raising of the federal debt limit.

We predict that every “republican” member of Congress who votes for the Obama tax compromise will loose in his or her election effort in 2012.  It is time for the true conservatives to stand up now and reject the Obama compromise.  As Senator DeMitt (R-SC) reportedly put it, according to Yahoo news:

DeMint also made it clear Congress can’t extend unemployment benefits without turning that decision into a loan. DeMint stipulated America doesn’t need a temporary economy, it needs a permanent one, therefore tax rates need to be set in stone for many years in advance so businesses can plan ahead.