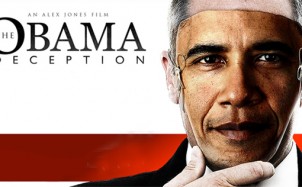 The American people are routine victims of the government’s incessant flow of deception as it moves us ever closer to a state of exception.  Hence the term we coin here called, de(x)ception.  The government’s easy success in its deception is a result of two primary factors.  The first is the historical and indisputable evidence of the citizenry’s muzzy apathy toward and ignorance of the government’s inner workings.  The second factor is the shear vastness of the government’s sprawling spider web of influence and control over every activity the public is engaged in.  Since the rise of the internet and its attendant flow of knowledge (awareness?) to the American citizens, one might argue the muzziness factor is being diminished.  Often the government’s web is, by design, super thin and disguised.  The deception is intentional for sure.  We provide you an Obama example here however, both “political parties” are equally culpable.

The History & Power of the Presidential Appointment:

The Constitution grants the power to the President to nominate and, “by and with the Advice and Consent of the Senate,” to appoint high government officials, such as ambassadors, judges of the Supreme Court, and department heads (Art. II, Sec. 2). 1

With the advice and consent of the Senate was an attempt by the founding fathers to provide a check and balance on the appointment power of the president.  We say “attempt” in juxtaposing the founding theory with modern day reality.  During the 18th Century, Congress was not “in session” for long periods of time and therefore, an alternate provision was inserted in the Constitution (enter opportunity for deception and state of exception). 2

“The President shall have Power to fill up all vacancies that may happen during the Recess of the Senate, by granting Commissions which shall expire at the End of their next Session.” (same section, emphasis added)

Us regular folks interpret the above plain language to suggest that there may “happen” to be an occasional vacancy that the President needs to and has the power to fill.  That power is clearly limited to an appointment to last for an interim period of time, unless the Senate provides the requisite consent to the appointment when it is back in regular session.

What all this means is that if the Senate is not in session and there is a vacancy in one of the hundreds of regulatory agencies that the President would like to make an appointment to, he may do so without having the advice and consent of the Senate.  The true victims when this happens are the American people who are not afforded the benefit of the Senate’s vetting the candidate, assuming it would properly do so.  How often does this happen you wonder? Extremely often.  Its deceptive, disguised, and exacerbates the weakness of our republic and strengthen’s the state of exception we are living in.

In July 2010, President Obama overtly revealed his determination to not let anything stand in the way of his agenda–not even the Constitution, when he installed Donald Berwick as department head to lead the Medicare (CMS) program. Obama did this while the Senate was in brief recess, just four months prior to the mid-term elections.  Had the Senate actually performed its duty, the vetting of Berwick would have given the issue of the Obama health care plan new pre-election traction before the mid term elections. It would have likely been in the mainstream news for weeks. Moreover, we agree with the opinion that:

Obama was just afraid to have his nominee — who once said the health system should redistribute wealth from the rich to the poor — questioned with midterm election voters watching.

Berwick was nominated in April, but Republicans opposed him, saying he favored lowering costs by rationing care, so Senate Democrats had held off on scheduling a confirmation hearing. 4  During this period of time, as is the case today, the democrats were in the majority of the Senate.  Obama selected the ultra liberal Berwick and the democrats refused to schedule hearings to fulfil its “advice and consent” duties for obvious deceptive reasons.

The facts speak for themselves.   Keep this in mind, the appointment was to fill a position that remained vacant since September 2006!   How in the world did the Medicare program function without a lead bureaucrat is a mystery?  The appointment of Berwick was an outrageous deceptive sneak attack around the advice and consent process that the American public deserves for the open and public vetting of all appointments.  What makes this deception more blatant is that the democrats controlled the Senate!  Is there any doubt in our minds that the Senate and Obama conspired to evade the process to further opaque the workings of government from the American people.  Of course they did.  To not agree is to admit that Obama snubbed his fellow democrats in control of the Senate without reason.

Mark McClellan, MD, stepped down from the CMS position in September 2006 during President Bush’s term. 5   We also wonder why President Bush did not fill the position during the subsequent two plus years following McCellan’s departure.?  Would it have anything to do with the fact that the democrats controlled the Senate and Bush wanted to avoid a vetting process or a possible filibuster?  President Bush clearly abrogated his duty by not at least attempting to fill the position.  If the American people are best served with the position being filled, then we were certainly ill-served by the vacancy lasting until Obama decided to appoint Berwick.   Again, take note of the timing and the deception.  Obama did not even make an appointment to lead the Medicare Program (despite the fact that his health care program was such a dominate priority for him from day one of taking office) until about a year and half into his Presidency.  Then, like a thief in the night, Obama installed Berwick to the position three months after nominating him while the democratic controlled Senate was in recess.  The evidence of deception and contempt for public transparency is further revealed in the statement made at the time by Robert Gibbs, White House spokesman:

There are aspects of the healthcare law that have to be implemented on a timeline that I’m sure many who oppose Dr. Berwick for political reasons didn’t want to see implemented. . .

In other words, Obama wanted to accelerate an implementation of the new health care law by this particular person.  The timeline which Gibbs refers to was to avoid public hearings in the Senate just prior to mid-term elections.  Thus it was necessary to install Berwick to the position without any public scrutiny at all.  The other Obama proxy spokesman, David Axelrod said the “recess appointment [sic] of Berwick to be the administrator of The Centers for Medicare and Medicaid Services was simply too important to wait for a Congressional hearing.”  Too important for a public hearing as mandated by the Constitution!  How arrogant can a President be?  Too big to fail comes to mind as well.

Nothing expresses our opinion of the “recess appointment” process better than that which Representative John Barrasso (R-Wy) stated:

This recess appointment is an insult to the American people.  Dr. Berwick is a self-professed supporter of rationing health care and he won’t even have to explain his views to the American people in a Congressional hearing.  Once again, President Obama has made a mockery of his pledge to be accountable and transparent.

Without a clear and present danger of an emergency or national security, any recess appointment is an insult to the American people.  Other than in a national emergency, the concept of a recess appointments are an insult to the American people.  The 18th Century concept has been grossly distorted, is antiquated, outdated, and without justification in todays world. Proponents in favor of the modern deceptive use of the recess appointment clause of the Constitution point to the Federalist No. 67 Alexander Hamilton for justification however, as stated in a well authored opinion, such justification is untenable and deceptive.

It is from this last provision that the pretended power of the President to fill vacancies in the Senate has been deduced. A slight attention to the connection of the clauses, and to the obvious meaning of the terms, will satisfy us that the deduction is not even colorable.

This is but just another example of certain aspects of the Constitution we have discussed at Ballounpost that should be amended to modernize its process applicability to our day.  Ignoring the reality that such is the case only serves to encourage elected officials on both sides of the aisle to operate in deception, and thus accentuating a state of exception.