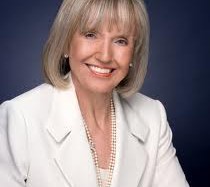 A pre-season dark horse for sure.  We might be the first to say this, and some may think we’re crazy however, we will say it anyway.  Governor Brewer can beat Obama.  Here are a few brief explanations of why we say so.

In 2007, according to the Pew Research Center, when women were asked if they would be more likely or less likely to vote for a female presidential candidate based on gender, 19% stated they would be more likely!  As the chart shows, women vote in greater numbers than men, and more than half of all voters are women.  Granted, some of that 19% may fade based upon a real or perceived dilemma for black women voters.

The 2010 election results support the proposition that the Tea Party advocates will have considerable influence in the 2012 presidential election.  Brewer is an ideal “tea party” candidate in that she is conservative and advocates values that tea party members identify with.   She’s active in her church and can also attract the Christian Right, heretofore called “moral majority.”  Saying Brewer is an ideal tea party candidate, we certainly opine that she is not a person described in blog posts such as Tea Party Detours–nor are the majority of members supporting a tea party movement.   Look at these election maps for a demonstrative understanding of what we are saying.  All the Republican governors in key states would support Brewer against Obama as would the now majority of the House.  An added plus are the Senators recently elected from important states such as Ohio, Pennsylvania, and Florida, who would be in Brewer’s camp as well.

According to one Rasmussen report, after signing the Arizona Immigration law, Governor Brewer’s popularity rose dramatically in Arizona.  Also, from the same source, it is noted that 59% of Americans agree with the Arizona law and 14% believed the law did not go far enough.  Obviously, 67% of Americans would come down on the side of Brewer against Obama on the immigration issue.  An additional source of Brewer’s popularity rise because of SB 1070, is an article in the Arizona Star. Moreover, Brewer enjoys repeated national coverage and now has a great start on her brand.  Given the ongoing problems with the Mexican border, Brewer’s position (brand) becomes more popular with all Americans and especially with the residents of the other border states.  What is quite surprising is that in June 2010, several months before the mid-term elections, Rasmussen also reported that Brewer was only 5 points behind Obama in a hypothetical 2012 presidential election! Although there is a grassroots effort on social media promoting her to run for president, it is indeed in an infancy stage.

In conclusion, we believe that Governor Brewer’s increasing popularity, her status as a proven female executive, her ever increasing national name recognition, and the general trend of independent voters going for tea party backed center-right candidates, it is quite possible Jan Brewer could defeat Obama in the 2012 election.  Wouldn’t hurt Brewer’s chances at all if Sarah Palin supported another Arizonian a second time around.