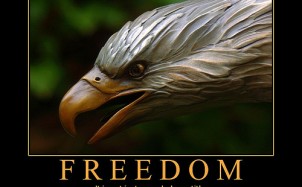 This is nothing new under the sun.

In the last few days we see and hear that the federal deficit is finally in the main-stream news (again?).   This is not a new topic being advocated by persons of influence however, it has made Fox-News and CNN in the last couple of days.  Here’s the truth.   America does have a critically serious problem with spending borrowed money. Much of the “borrowed” money is money the government borrows from itself by simply printing more paper.   A growing portion of U.S. debt is owned by foreign governments, and a majority of that debt is owned by countries generally hostile to our interests.   In reality, the government does not actually know “who” owns all of the debt. U.S. House of Representatives Speaker designate John Boehner today referred to the Democratic forced lame duck vote in the House on extending the Bush tax cuts to only a portion of the population (not for everyone) as “chicken-crap.” We say that the governments inability to stop the spending and borrowing is definitely chicken-crap for sure. Again, this is not something “. . .new under the sun.” Ecclesiastes 1:9

We suspect that many Americans do not know the process of amending the constitution.  What appears to be an accurate description of the process can be found at www.usconstitution.net.  It is interesting to note, and important, the President has nothing to do with the process and cannot veto the process.  Are you listening Obama?  Our biggest concern is that Congress as a whole would be against it!  But there is a path around that opposition–the States can propose the amendment.

Glenn Beck, along with many others have been advocating an Amendment to the U. S. Constitution for a very long time. Many politicians at the State level have been preparing for a potential balanced budget amendment as well.  In 1997 the Florida State House of Representatives passed a resolution to support a balanced-budget amendment.  More recently, Beck wrote in his best selling book, “Broke” a well reasoned argument for a balanced budget amendment.  He first quoted a former President, Thomas Jefferson (previous wisdom that current politicians pay not attention to which begs the questions as to whether there is intelligent life in Washington  D.C.) as follows:

I wish it were possible to obtain a single amendment to our Constitution.  I would be willing to depend on that alone for the reduction of the administration of our government to the genuine principles of its constitution; I mean an article taking from the Federal government the power of borrowing. (emphasis added)

Beck offers the statement that an amendment to the constitution “would be the most effective and enduring way of guaranteeing that our leaders cannot spend us into serfdom.” Broke, p277. He puts forth four suggestive inclusions for an amendment.

1. Spending cannot be higher than the prior year’s amount, plus the rate of inflation and population growth.
2. If, at the end of a given fiscal year, the estimates were wrong and the budget is still not balanced, the difference would automatically be cut from the budget for the next fiscal year according to a very specific, predetermined formula.
3. An exception can be included for a war declared by Congress, or a national calamity. The benchmark for meeting the definition of the latter would need to be quite high, think something in the range of 90 percent of members of Congress agreeing. That may seem like an unrealistic bar, but how many politicians would have voted against declaring 9/11 or Hurricane Katrina a national calamity?
4. Federal expenses cannot be pawned off on the states.

Texas Senator, John Corny sent his constituents an email this morning advocating a balanced budget amendment in quite strong terms.  He is also quoted in the Dallas News.  Corney cites a couple of other well-known Washington insiders as current emerging support for an amendment:

Our growing debt represents not just a fiscal challenge, but a national security dilemma. Adm. Mike Mullen , chairman of the Joint Chiefs of Staff, has said that the debt is “the most significant threat to our national security.” Secretary of State Hillary Clinton says that the debt “undermines our capacity to act in our own interest … and it also sends a message of weakness internationally.

We have sent emails to members of Congress to do the right thing.  Hopefully, you will do so as well.  However, we also have emailed State representatives urging them to start the process of an actual amendment suspecting that Congress won’t have the guts to do it.  There has been a proposal for a balanced budget amendment since 2007.  Apparently, there are sixteen co-sponsors to the amendment proposed by Senator Jim DeMint (R-SC)