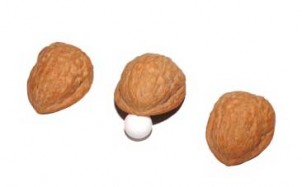 Obama is the inside man shuffling the peas.

Let me explain.  After you think about it,  I am confident you will agree.  First, let’s summarize what a shell game is.  A lot of people may believe that a shell game is gambling but in fact it is not.  It is a confidence game which perpetuates fraud.  I think you will clearly see that this is again exactly what Obama is doing to the American public; using a confidence game to perpetuate a lie, if not another fraud on the public.  A shell game is called a short-con because it is quick and easy to pull off.  A shell game is where a small round object (normally called a “pea”) is place under one of three shells, or the like.  The play is initiated by the inside man shuffling the pea from under one shell to the next.  At the end of the shuffle, the mark is asked to make his bet.  The mark is told that if he guesses correctly, he will double back the amount of his bet.  If the mark is wrong, he looses his bet.  In the hands of a skilled inside man, it is impossible to win because the game is based upon the slight of hand.  The operator can make the pea appear under anyone of the three shells and does so after the mark places his bet and points to one of the shells.  Typically, for the con to work, a dumb-mark has to be attracted to the game.  The operator will provide a setting of which it appears that several people are “gambling”—some are winning, some are loosing.  Most if not all of these players are part of the con and called “shills.”  Their job is to assist in the con.  Get the picture.  Obama has several shills working the game for him.

In the context of Obama politics, much presented by the preening operator is a shell game and most particularly, the President’s Afghanistan play.  Let me try and lay it out.  It is difficult because of the slight of hand in Obama’s rhetoric.  Going back to July of 2008, Candidate Obama appeared on CBS Face the Nation.  There he referred to the situation in Afghanistan as “precarious and urgent.”  While on that CBS program Obama also said that he had been advocating for more than a year an increase in troop levels in Afghanistan of at least two, maybe three brigades (15,000 troops).  The shuffle is on. . . Obama also was quoted as saying, “he has made Afghanistan a key focus of his foreign policy, and that he he would make it the central front in the “war on terror” if elected. Keep you eye on the pea.

After the election, in November, 2008 Obama spoke with at least 15 world leaders in the first three days of being elected, however, it was two weeks following before Obama spoke with the President of Afghanistan Karzai.1  The pea is moving around.  Of course during the conversation with Kazari, Obama promised more “assistance” to Afghanistan.  After all, the situtation in Afghanistan has been precarious and urgent for more than a year.  Several times Obama has said to the citizens that the war in Afghanistan had been getting worse.  I am mindful that he referred to the situation as urgent more than 18 months ago.

Everyone is aware of the “several months” of deliberations that Obama engaged in to determine the perfect Afghan strategy.  Quite frankly, honest and objective observers are usually convinced, such as I am, that these past several months of deliberations (one year since the election) were just Obama shuffling the shells not quite sure what to do.  If this is how our President and Commander in Chief responds to a precarious and urgent matter, I scared for all my family living in the U.S. as to how Obama will shuffle shells in the face of other urgent security matters.  We can discuss the shell game Obama is playing with the American people on Iran and health-care later.

After these many months of arduous deliberations, Obama finally announced “his” strategy for “winning the war in Afghanistan on Dec 1, 2009.  His solution, send more troops.  Brilliant.  I like the way Presidents and military people refer to sending troops overseas–they use the word, “deploy.”  Obama’s solution to win the war is for the most part to deploy 30,000 more troops and to carry out a mission much like the U.S. did during the surge in Iraq.  Okay, let’s assume that this brilliant strategy that Obama has laid out more than a year and half after he called the situation urgent, is the correct strategy to “win the war.”  By the way, no one in the media appears to want to ask Obama, “What took so long?”  Probably because the answer would be more Obama pea shuffling meaningless rhetoric.  Obama’s speech could have been two short sentences, i.e. honest and without his self-adoration and self-serving remarks.  “I am sending more troops to Afghanistan.  I should have issued the orders months ago.”  End of speech.

Keep your eye on the pea!

In the speech Obama made at West Point wherein he unvieled his long awaited strategy for finishing the job against terrorists, Obama advised the world that these 30,000 additional troops would begin deploying as soon as possible–in January 2010.  Obviously, we can not send more troops before January 2010; after all, it is Christmas month–no one wants to fight a war just before Christmas.  So, beginning sometime in January, more troops will be deployed.  What Obama does to the American people and the citizens of our NATO allies is to deliberately mislead them by failing to talk about how long it will take to get these additional troops deployed who are urgently needed.  Hey America, the Obama hand is apparently quicker than your eyes!  In his West Point speech, Obama promised the citizens that we would ” . .begin the transfer of our forces out of Afghanistan in July of 2011!” (emphasis added).  The illusion was presented to the citizens that the troops would be deployed in January 2010 and would be coming home in July 2011 (basically an 18 month execution of the Obama strategy to win the war in Afghanistan).  Obama obviously takes the citizens as being complete fools, if not idiots.  In summary, you might say it took Obama one year of intense deliberations to come up with a strategy to win the war in 18 months or less.  Wow, Obama is super-dawg.  The actual illusion of the shuffling of the pea under one of the shells is even worse than you think.  Recently, the second-ranking general in Afghanistan, Lt. General David Rodriguez, made the not so popular statement recently that it might take up to 11 months or longer to deploy the additional 30,000 troops.   Quoting here an article published at WCCO2, “Military officials had already been hinting broadly in recent weeks that the escalation might take longer, but Rodriguez’ comments indicated that the notion of a six-month rapid escalation was not realistic and that reality is now setting in.” Assuming Lt. General Rodriguez might know what he is talking about, then Obama is promising the citizens that winning the war will take one year or less after the additional troops arrive.  As you might expect, the statement by Rodriguez is not consistent with what the White House said earlier this month.   At Riehl World View, you can read where White House press secretary, Robert Gibbs said the troop build up will be accelerated. We’re going to get in there quickly and transfer responsibility for security to the Afghans quickly.   Obviously, during the months of deliberations Obama was surely informed as to how long it would take to get 30,000 troops into Afghanistan, he just failed to mention it to the citizens.  Which shell is the pea under?

Congress; a Shill or a Mark?

Last night I heard on the radio that Congress is not necessarily supportive of deploying more troops—well, at least for paying for them!  What? Are you kidding me?  There is no question whatsoever that in every shell game Obama is simultaneously playing–and there are many–we know that the number one shill in the bunch is Nancy Pelosi.  Notwithstanding that fact, I am stunned to learn that she just recently said:

It will be up to Obama to convince members of Congress to approve the money he needs to send extra troops to Afghanistan. Members of Congress will have to base their votes on their “consciences and constituents, . . .”3

In effect the Democratic leader of the House is telling Obama he is on his own with selling his plan to Congress to send more troops to Afghanistan!  Does he have congressional support or not?  You must have congressional support to fund the troops!  Never mind which shell is the pea under, there’s not even a pea on the table!  Doesn’t this blow your mind?  During these months of deliberations, Obama failed to gather the support of the House leadership in support of deploying more troops to Afghanistan, uh?  Unbelievable.  I can only conclude that Congress must be, at least in part, a mark in shell game along with the American public.  Even if this was not bad enough for Obama, a democrat representative from Ohio, Rep. Dennis Kucinich says he will be proposing a resolution in Congress in early January to pull all troops out of Afghanistan!  Obama would probably have more success with some of his foreign policy if his own party did not control both the House and Senate.  The country is no longer teetering on the precipice of total leadership failure–it is already there.