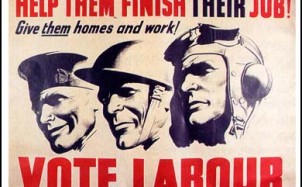 Stillborn from the Beginning
A truly free market works precisely because it relies on the self-serving desires of most people acting as a manifold of countervailing forces against all the other self-serving desires in the system. Everyone acting in his own self-interest with a baseline of standards (no theft, no fraud, etc.) ensures that the average wealth per capita is raised. That is, while self-centeredness is ignoble, it is the reality of the human condition, and any economic system which pretends that this can be changed outwardly in, i.e., by external forces (read: government) pressing an ideal onto human lives, only works to create and increase misery, because it is based on fantasy. Communism and its attenuated form, socialism, are noble ideals but are fatally flawed for three major reasons.

Communism and socialism do not just hope for, but rely on the good of mankind in aggregate to work. In fact, apropos to a previous discussion, all political purveyors of socialism/communism are selling hope and the value received is far less than the value paid out by the buyer. Believing in the current goodness of mankind, or rather in the goodness of every individual such as to expect that he will act in the best interest of others is rank madness. Socialism wrecks the ability for people to appropriately measure value for themselves by robbing them of incentive. When the fruits of labor are taken from a person in order to redistribute them in aggregate to everyone else, including him, he resents the theft of his labor but also comes to reliance upon the redistribution.

In Thomas J. DiLorenzo’s book, How Capitalism Saved America, he recounts the story of two early colonies in America, Jamestown and Plymouth. In both, the settlers. . .