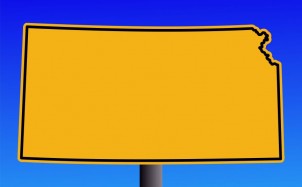 Okay, I admit it.  I was born in Kansas!

However, when I say Jayhawkers are against the Obama stimulus package, I am not just referring to myself.  If you’re really not that familiar with Kansas and its politics; here’s some “cliffsnotes” on the topic.  First, lets identify what the hec a “Jayhawker” is.   By the way, the mythical image to the left is a Jayhawk.  As an aftermath of the Civil War, a Jayhawker came to be known as any native Kansan.  During the Civil War, the label was quite different.

Jayhawkers is a term that originally applied to guerrilla fighters during the American Civil War in Kansas who often clashed with pro-slavery partisans, as well as Missouri militia units. The name was also used by or applied to some Kansas regular troops.1

So, when I say Jayhawkers are against Obama’s massive spending spree, I referring to many native Kansans and both of the State’s United States Senators, Sam Brownback and Pat Roberts.  I am a dual citizen (Canadian and U.S.) and a native Kansan.  Arguably, my last legal residence in the United States was in my home state, Kansas.  Therefore, I keep track of how the elected officials that represent Kansans vote in the U.S. Congress.  Moreover, these elected officials here from me by email and of course I am on their general outbound email list.   This post contains Senator Brownback’s open letter to his constituents concerning his vote against the Obama political bologna. Also included below are links to his audio statement along with the audio statement of Senator Roberts.  As I write this post, it is the night before Obama releases to the public his official budget wherein he has included yet another bailout spending program for home “borrowers” (note I did not say home “owners”) which will be in excess of what the United States Government spent going to the moon.  So, you can certainly say with complete accuracy that Obama has decided to “shoot the moon.”   The original settlers of Kansas and their children; and their children’s children have got to be rolling over in their graves—“what a disgusting position the United States people have put themselves in.”

All of you Kansans; make hay!

Do you remember on the campaign trail how Obama used to love to talk about his “mother” being from Kansas?  You know, that sort of intentional but implicit condescending imagery that because his “mama” was simple folk from Kansas, he himself could be trusted.  Even Kansas voters fell for that garbage.  Shame on you Kansas!  Well, in any event, all of you Kansas folk had better make hay while the opportunity lasts.  Get yours (government handouts) while you can–but just hope your Kansas ancestors can’t see you now.  During the Great Depression, no people in the United States represented the sacrifice and suffering more so than the rural farmers of Kansas that stuck it out, worked hard, and never looked for a government handout!  I can say that because my ancestors were a part of that group of people that made it through hard times on their own without expecting the government to bail them out.  Shame on you Kansas for being one of the states that went Blue For Obama.   To hear Senator Pat Robert’s statement on the floor of the Senate, click here.

We wanted to take a moment to write to you to tell you about the events that unfolded in Washington late last week regarding the Democrat’s stimulus package. Senator Brownback voted against Senate passage of the stimulus package. You can hear audio of Brownback’s Senate floor statement regarding the stimulus bill by clicking here or by visiting the web site. This is what Brownback had to say about the bill: “I voted against the stimulus bill because a huge increase in government spending is not the answer our economy needs. There are some good provisions in this bill, but not nearly enough to outweigh the overwhelming bad. This stimulus package threatens to be the beginning of our next bubble – a big-government bubble, where we try to use debt and leverage to spend our way into prosperity. We are considering an amount of spending that, even when adjusted for inflation, far outstrips the New Deal, the Louisiana Purchase, the Marshal Plan or the Moon Race.”                     The stimulus package, passed by both the House and Senate, has a $787 billion price tag. It is the single biggest increase in the deficit in American history. The bill increased the debt limit to an all-time high of $12 trillion, and represents 5.5% of the GDP.The hastily constructed bill being labeled as stimulus is not a good plan to help our economy weather the recession. It is a highly leveraged, speculative bet on larger government and massive long-term spending as a cure for our economic troubles. This is the largest spending bill ever and it’s been done in the most rushed fashion I’ve ever seen. In conference, the bad parts of the bill got bigger and the good parts got smaller.

In the history of the Republic, the largest stimulus package we’ve had was 1.5% of GDP; this bill is over 5.5% of GDP, although most of this bill isn’t stimulus, it’s simply big-government spending. There is only $76 billion in actual stimulative tax cuts in this bill, out of $787 billion; less than 10% of this bill offers true stimulative tax cuts. With this spending plan we are using a speculative bet on government, using our children’s future as leverage.

Senator Brownback is very kind when he says the spending plan is a speculative bet on government using “our children’s” future as leverage.  I believe Obama is spinning our children and grandchildren’s financial future on a roulette wheel!  What say you?
Two of my three sons are Jayhawkers (today, I’m not sure if they will admit it).  Today, the only thing I am proud of about being from Kansas is that the two United States Senators from the State of Kansas had the guts to stand up and vote against the insanity despite the fact that there was plenty of pork in the barrel for Kansas as well.  Go on you both!  I used to think that I would probably have been better off financially if I had remained in the U.S. as opposed to having moved to Canada for personal family reasons.  Today, I am convinced without doubt that I am better off financially living in Canada.  God bless Senator Sam Brownback, Senator Pat Roberts, Canada, and may God bless Ron Paul as well.