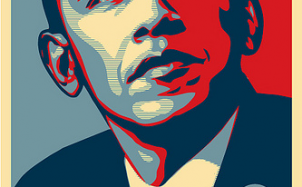 What are the acceptable disposition alternatives for the detainees?

First I note that the reports provided by major news media omit questionable but important nuances contained in Obama’s Executive Order  (EO) of January 22, 2009 entitled: Review and Disposition of Individuals Detained at the Guantanamo Bay Naval Base and Closure of Detention Facilities. The preamble to the EO states that “. . . in order to effect the appropriate disposition of individuals currently detained. . .”  Under Section 3, the EO proclaims that the detention facilities shall be closed as soon as practicable, but no later than one year from the date of the order.  No one can say what “as soon as practicable” means but under no circumstances should the detention facilities remain operable for more than one year.  On the other hand, I would like someone to explain to the public how the “appropriate disposition of the detained individuals” is effectuated by closing the facilities.  Moreover, how is the closing of the facilities an appropriate disposition of terrorist combatants?  How can you order the facility to be closed without a disposition plan?  Obama’s answer to that is that he has created a “task force” to study alternatives and to review all the prisoner’s background, status, and whether “some may” be deserving of prosecution.  What if there are no real acceptable alternatives with respect to the terrorist detainees, in light of the language contained in the EO which mandates the closing of the facility within one year?  The omission of any provision in the EO concerning that issue is glaring.  It is very probable that the detainees will be there one year from now.

Are you smarter than a 5th Grader?

I would love to see a survey of American citizens in which they are asked; Where is Guantanamo Bay?  I would surely wager that very few Americans know where it is, or what it is.  Nevertheless, it has become a topic priority for Obama and the politically correct subject of one of his first Executive Orders.  During his campaign for President, Obama promised his voters that he would shut Gitmo down; as if that was some sort of righteous act that was long overdue.  Despite there being many valid arguments to keep the Naval base open, Obama has directed that Gitmo be closed one year from now by EO.  He doesn’t have a plan on how to close Gitmo or what is to become of the combatant detainees held there.

Soon after Obama was elected, I made myself a promise that I would diligently track his Executive Orders and write appropriate blog posts as a way of keeping myself informed and to assist in contributing to the goal of keeping the folks informed.  In the days leading up to the inauguration, I anxiously waited for the Executive Orders to start flowing and what the subjects of the orders would be.  No doubt I will have much to write about during the next four years.

The military has referred to Guantanamo Bay as “Gitmo” for years.  Gitmos is the U.S. Naval Base in Cuba and is the oldest U.S. base overseas and the only one in a Communist country.   Located on the southeast corner of Cuba, in the Oriente Province, the base is about 400 air miles from Miami, Florida.  While serving in the United States Navy, I “visited” GITMO a couple of times on Liberty call.1  As I recall, you almost had to kick sailors off the ship to get them to take advantage of this port of call and all that it offered!  Not a vacation spot to say the least.  I am proud to say that I have not been to GITMO since 1973 however, I do recall there were an impressive array of U.S. capital improvements on the base even back then.

The legal basis for the U.S. to operate a Naval Base at Gitmo is from a Treaty lease arrangement that was last ratified in 1934.  The original lease arrangement was negotiated by President Theodore Roosevelt in 1903.  Unless the U.S. abandons the real estate, the terms of the lease require that both parties have to consent to the termination of the lease agreement.  The Cuban negotiating representatives were not real sharp back then.  They probably had hopes that Cuba would someday become a State.  In any event the lease costs the U.S. $2,000 in gold coin per year according to the 1934 Treaty.  The territory is 45 square miles of real estate and thus costs U.S. taxpayers about $45.00 in gold per square mile per year.

The major news media is not reporting it, but the Executive Order signed by Obama does not state that the Naval Base is to be “shut down,” just the detention facilities situated on the base.  There are several Naval Operations located at Gitmo under separate commands.  None of the other government and military operations are the subject of the Executive Order.  It does not appear that the U.S. will abandon this valuable Territory of which it has had sovereignty over for more than sixty years.

As far as what Obama might do with the detainees at Gitmo, its anyone’s guess.  I have a suggestion.  Sometimes the answer to difficult issues is right in front of our face.  This is one of those situations; Obama’s answer is right in front of his nose.  Remember the Iraq prison that was “shut down” and turned over to the Iraq government–the Abu Ghraib prison.  It was just announced today that the Iraq government has decided to reopen the prison but under a new untarnished but catchy name–the Baghdad Central Prison.  It makes sense that we simply transfer the enemy combatant’s to the Baghdad Central Prison as an additional quid pro quo for pulling out of Iraq in accordance with the Obama plan.2

It is reported at a blog that until just a few weeks ago, the U.S. military operations in Iraq were holding 15,000 detainees suspected of various terrorist activities.  Under an agreement with Iraq, the U.S. had to either charge the detainees with something or release them to the Iraqi Justice system (whatever that is) or otherwise set them free.  We do not yet know the disposition of these 15,000 detainees but we do know that the Abu Ghraib prison has been empty for the last two years.  Whatever, the case, the Iraqi government appears to be ready, willing, and able to process thousands of terrorist detainees through its justice system–a few more from Gitmo should not present a problem.  Given Obama’s extreme desire to use diplomacy to solve the terrorist problem, we should all be confident that Obama can use the appropriate diplomatic channels to form an agreement with Iraqi officials that would guarantee the safety of U.S. citizens against any possible attack from the Gitmo detainees.  Let the Iraqi government deal with the problem.  There’s the plan Obama–throw it down. No reason to spend money on yet another task force.

But Wait; There Is A Money Making Alternative for GITMO.

It is also reported that the Iraqi prison space is in shortage.  If the Iraqi government continues to process thousands of detainees through its justice system while prison space demands outpace prison construction, then the U.S. Taxpayers are presented with a fortuitous opportunity to make some coin.  It could be that Win-Win situation politicians are always looking for.  Rather than close the ready built prison-detention facilities at GITMO, Obama could “directly” negotiate a sub-lease Treaty with Iraq whereby the Iraqi government can take over GITMO detention operations immediately.  The U.S. would not have to transfer any of the current detainees at all–simply hand them over to the Iraqi justice system.  Let the Iraqi government spend a few bucks in legal due process thus savings U.S. taxpayers billions in legal prosecution costs.  Now that’s a plan!

Please leave your comments here at this page. Thank you.