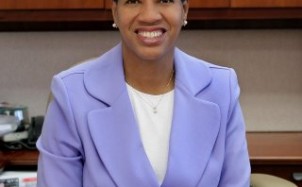 If you’re not outraged, you should be, whether you live in Ohio or not.

About two weeks ago, right as the story broke about the Ohio Department of Job & Family Services doing a sub-rosa search on Joe “the Plumber” (Wurzelbacher), I did a little extra research fully intending to write this post soon thereafter.  One of the first articles I read concerning this issue on October 28, 2008 was Ohio’s Head of Job and Family Services Approved a Child-Support Search on Joe Wurzelbacher Immediately After Third Debate at Ace of Spades HQ.

A follow up story was featured on The O’reilly Report, Thursday, November 6, 2008.  In case you missed it, here’s the outrage.  Helen Jones-Kelley, Director of Job & Family services took it upon herself to order an underling to do some digging around on Joe Wurzelbacher, a fellow Ohio resident, immediately after the third Presidential Debate between McCain and Obama.  Prior to the debate, Obama was caught on film answering  a tax question from Wurzelbacher wherein Obama referred to his tax plan as a plan to “spread the wealth around.” McCain used this against Obama in the third Debate.  Mr. Wurzelbacher was soon referred to on the debate as “Joe the Plumber” and has been ever since.  As soon as it was clear that McCain was using Obama’s comments against his opponent and that Joe the Plumber was a McCain supporter, the coincidence that Kelley went to work soon thereafter surfaced.  She directed a worker to do a records check on Mr. Wurzelbacher.  The fact that Helen Jones-Kelley was a “maxed-out” Obama financial contributor had nothing to do with her actions.  Right.  When this unethical intrusion into personal records, if not illegal intrusion went public, her lame excuse was that “We always do for anyone who comes into the public light.”  What?  Initially it was reported that the records search on Joe the Plumber was limited to child support records.  Now it has been reported that the records searches went far beyond which was originally admitted to!  See, Agency head defends ‘Joe’ searches at Fox News.

It was reported that Kelley contributed $2,500 to the Obama campaign, but what was not disclosed that I  discovered was that she also dropped an additional $2,500 to the “Obama Victory Fund” a Democratic PAC!

So, what we are asked to believe by Director Kelley, and by Democratic Governor Ted Strickland in a statement he made on October 29, 2008 in the Columbus Dispatch; is that “there were no political motives in the data-checking. . .” However, Governor Strickland, apparently as a result of political pressure, has ordered Director Kelly to go on leave in what is now being described as a fund-raising probe. Ms. Kelley is now being investigated for possibly misusing public computers in ordering those records checks on “Joe the Plumber” as well as possibly using state email accounts for political purposes.

Now all of this may have gone by the way-side rather quickly if it were not for a credible and ethical employee working in the Department of Job & Family Services, namely, Vanessa Niekamp.  Ms. Niekamp was the state employee that was actually directed by her superiors to do one or more of the record checks.  Her statements to the press, as reported by Randy Ludlow, Columbus Dispatch totally contradicted Kelley’s story.  Following these reports, many Ohio government officials began to call for investigations.

For those of you who weren’t around in the 60’s, J. Edger Hoover was Director of the FBI from 1924 until his death in 1972.  Hoover became famous for a number of reasons, the least of which was that he amassed significant power by collecting files containing large amounts of compromising and potentially embarrassing information on many powerful people, especially politicians.

Hoover has also been accused of trying to undermine the reputations of members of the civil rights movement. His alleged treatment of actress Jean Seberg and Martin Luther King, Jr. are two such examples. U.S. Senate officials declared his intelligence gathering activities toward U.S. citizens as being illegal and against the Constitution of the United States.  See, J. Edger Hoover: From Wikipedia, the free encyclopedia.

What Helen Jones-Kelley has done is albeit, a microcosm of Hoover’s tactics and abuse of power. Nonetheless, her ordering record checks as an attempt to “gather” information on political activists who disagree with her politics is no less excusable.  This is one of those examples of a government agency being misused against citizens and at the expense of the state’s taxpayers.  What we have to do now is contact the appropriate officials in Ohio and express our outrage that a government employee would we allowed to engage in these type of improper if not totally illegal activities for political purposes.  I invite you to express your disagreement with her actions by sending comments to the proper Ohio government officials that are in a position to do something about it.  Select either link and make a statement that may help protect you or others against this type of abuse in the future.  Tell me what you think pro or con–give me your comments.