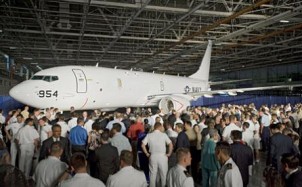 The Big Three Automakers Are Using The Airbus Playbook!

Airbus is teaching the U.S. automakers the end around.  On November 7th, in my article Gold Flush (below), I stated there would soon be “stimulus packages available and flushed out regularly from the Treasury” as a result of Obama becoming President.  I also stated that this would happen with the assistance of Nancy Pelosi and Harry Reid.  Get ready, here it comes, and I’m just wondering if the 160,000 Boeing employees are okay with it?  Even though the U.S. debt just recently exceeded $10 trillion without anyone noticing, I’m amazed there is not already a public outcry!  For a family of four, the current U.S. debt is $140,000.  After you read this post, you might just agree with me that Boeing should be leading the outcry against the stimulus package that will soon be given to General Motors, Ford, and Chrysler.  What do Boeing’s employees have to do with this you ask?  Here’s the connection. Let’s first identify Airbus.

Airbus and Boeing dominate the aircraft manufacturing business world wide.  Airbus has been, and is a ferocious competitor of Boeing.  The competitive spirit between these two aircraft manufacturers has been ugly at times, to say the least.  The one shot heard around the world so to speak was in 2004 when Boeing launched a blistering attack on Airbus for its receiving billions of dollars in European government loans to help finance its operations.  Is this beginning to sound a bit familiar?  I remember this argument taking place in the news quite vividly.  Boeing began losing some of its world class market share to Airbus.  This dispute started about the same time there was a real populist push in the U.S. with the attendant slogans, “buy American” and “made in the U.S.A.”  The real heat between Boeing and Airbus really surfaces whenever it appears that Airbus might sell aircraft to the U.S. government.  The disputes between these two companies is long-standing, complex, and expensive; especially for the U.S. taxpayers.  Because of direct pressure initiated by Boeing on the government, in the summer of 2004, the U.S. government withdrew from a 1992 Bi-lateral trade agreement signed with the European Union.  This agreement purposely governed subsidies provided to aircraft manufacturers.  Contemporaneously, the U.S. launched its complaint against the European Union because of its subsidies to Airbus. The U.S. government has been involved in this expensive legal trade battle in the World Trade Organization (WTO) ever since.  A key point to note and remember here is that in the WTO dispute, the U.S. argues (on behalf of Boeing) that Airbus received illegal subsidies (loans for an incorrect purpose).  Alternatively, the U.S. argues that the loans (even if proper) were made at preferential rates–patently unfair in the world of free market competition, eh?  By the way, as of February 2007, Airbus has repaid 40% more than the original loans including interest. Airbus continues to pay between $300-400 million euros per year.  The loans to Airbus have turned out to be an excellent return on investment to the participating European governments.2

Putting it all together here.  Boeing and the U.S. Government stringently condemn Airbus receipt of loans from the various European governments for alleged improper purposes and/or at preferential rates.  All U.S. taxpayers have of course been footing the bill for this legal dispute.  Is this a form of pork barrel spending?  Does anyone care?  Anyway, now Pelosi and Reid will spearhead a stimulus (bailout) package from the U.S. Government to the Big Three automakers.  Undoubtedly, the subsidy will be in the form of loans.  The Big Three are apparently asking for $25 billion.  That’s the number of web pages that Google has indexed if that helps you comprehend the amount.3    Just so everyone is clear on the significance of whether the Big Three actually receive the funds, the bailout will only amount to an additional $1,000 in tax burden (debt) to a family of four.  The question becomes relatively simple, are you okay with an additional G-Note (pun intended) of debt to repay if the Big Three bailout?   Hey, Boeing employees; your portion is $640,000 of the $25 billion, assuming each of you is in a family of four.  That estimate is probably fairly accurate given that there are 460,000 members to the Boeing Credit Union.4

Although, I am one that would subscribe to the suggestion that the Big Three work it out themselves (Chapter 11 sounds like a good plan), I’m betting that the U.S. Obama Government will cave in.  Pelosi, Reid, and others will act like they care but in the best interest of themselves they will continue to raise the tax debt.  They know, and do not care that it will be some other generation of Americans that will have to worry about the debt if the bailout loans fail.  For a good discussion on the topic of the Big Three filing bankruptcy before receiving bailout funds, see First Bankruptcy, and Then a Possible Bailout.

The U.S. Congress will ignore the blatant inconsistency.

Congress can simply thumb their nose at the EU and Airbus when they point to our government’s inconsistency between battling against subsidies (loans) for Airbus while at the same time subsidizing GM, Ford, and Chrysler with stimulus packages.  Besides, this is different; we have to help our Big Three before they are totally defeated in the free market economy by Honda, Toyota, and those other guys.  I’m now considering on whether I might predict that Toyota, et. al. will launch a legal trade dispute in the WTO against the U.S.  On the other hand, maybe The Big Three will land some Japanese Air Force automobile contracts as a result of being more competitive in the market place because of the stimulus package. Worked for Airbus, it just recently did an end-around on Boeing scoring a touchdown with the Air Force. See Airbus parent beats Boeing for big U.S. Air Force contract.   Your comment is invited and welcome.